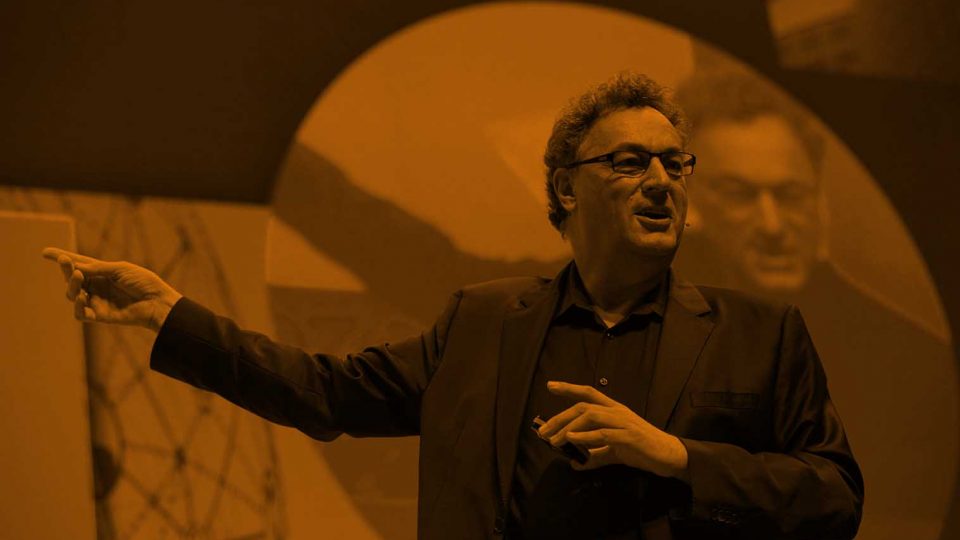 The two worlds can learn to live together. The challenge is finding the right balance to ensure strong growth

I have never thought that technology and humanity were opposed, but that they go together, in tandem, evolving continually, in terms of growth and creativity as well as industrial, scientific and technical evolution.
I asked Gerd Leonhard what he thinks, because as well as talking about it all over the world and writing about it in books that become instant bestsellers, he has succeeded in a challenge that is by no means easy these days: living completely offline for at least one day every month, preferably a Sunday spent with his family (who are also offline).

S: Your book “Technology vs Humanity. The coming clash between man and machine” (2016, Fast Future Publishing Limited) is pretty apocalyptic, I would say.
G: The key theme is that technology is becoming very powerful, there are no limits on what it can do, and this is only the beginning: in the next twenty years there will be cerebral computer interfaces, genetic engineering and intelligence machines. Technology offers one major benefit: first of all, we can solve a lot of problems, but at the same time, we create a lot more new ones. For example, we haven’t been very good at dealing with the consequences of this technology, such as social media democracy.

S: What do you think of the new jobs, such as green jobs and digital jobs?
G: I think there will be a lot of new jobs, beginning with the ones that focus on social media, and on ecological sustainability, but in twenty years’ time we probably won’t have to work the way we do today. Technology will make the things available to us much more economical, such as transportation, energy, food and water, and so we will solve a lot of problems. Work is a problem now, because people are still doing pretty repetitive jobs, such as working in supermarkets, in the automotive industry, beginning with the drivers themselves, and in accounting. But automation will mean there will be new people working in these sectors. We must create a system for creating new jobs, and trying to find new jobs for people who already have jobs; this is of course much harder when you are 50 years old, and this will clearly be a big problem in Italy.

S: Why?
G: All the supermarkets are already using high-tech devices such as call centres, and technology will bring a lot of automation, which is a much bigger challenge than globalisation, so we must come up with a different concept of education. We must educate people to be more enterprising, to invent things, to find new jobs.

S: Do you believe in lifelong learning and in training our skills?
G: In the old society, we did not need to improve our skills because we had job security. We did the same job for 40 years, but this age is just about over. Our children have or will have a job that probably changes every six months. You’re a reporter and as you know, you always have to be enterprising. Policy, or government and the state, must provide social security for that type of work, such as part-time, freelance or virtual jobs, and at the present time there are no regulations. There are a lot of social challenges, such as Airbnb.

S: What do you think of companies like Amazon that are opening shops, markets, and bookshops?
G: I admire Amazon for many reasons, and many of the high-tech companies are customers of mine; they are doing good things, but, in general, they should be responsible for the ecosystem they create.
I think that when a company becomes as powerful as Facebook, E-Bay, Amazon, or Baidu, we need to make sure there is balance in the system.

S: Do you think political institutions can do something better, or not? Do you believe they can do something?
G: I think things will get worse before they get better. My experience is that we don’t do anything until we have a problem. Only now are we seeing what has happened with four years of Trump in America, and people don’t think it’s better, it’s definitely not better for the Americans, it’s not better for people in Turkey or for people in Hungary. The population must realise, I realise, that the solution, in my opinion, is not closing in but opening up and achieving a stable economic system, but it will probably take a while before we see real change, because most people don’t do much until they can see the effects for themselves.

S: What do you think of the relationship between public and private institutions? When it comes to data, for example.
G: I think the government’s task is to make sure there is a balance between scientific technology and the population. In a certain sense, technology is basically exploding, and we have a population that doesn’t really understand how it works. It’s the government’s task to protect people, but also to facilitate them, not just with regulations, but with incentives.

S: I really like the chapter about happiness. Could you explain the idea to me?
G: When I wrote the book, I thought that if we talk about ethics, we must be capable of defining what we want, and most people basically agree that they want to be human, they want to be happy, and happiness is very hard to define. You cannot create happiness; it’s not something you can buy, or plan. So I use the expression “human progress”; happiness is not only financial, but lies in the facts, financial happiness is very limited, we are all looking for those jobs in finance. If you earn 100 million a year, you’ll be a thousand times happier, but if you only earn 10 thousand a year, you probably won’t be happy. This is why we need to find equality in this whole debate about how we use technology, because technology can generate benefits, but we must know how to distribute them.

S: How do you use technology?
G: I certainly don’t use it a lot; everything I do is in the cloud, I use social media, but I don’t use Facebook any more because I don’t find it ethical.

S: How do you use Instagram?
G: I have an account, but I don’t use it. I use technology in a different way. I never take my telephone with me when I go out for dinner with my family, and when we go up into the mountains we never take our telephones with us. We have one media-free day a month, so no web or TV.

S: For one day?
G: Yes, we try to make sure that for at least one day we have no mobile phones, newspapers, nothing.

S: Some people are afraid of missing something when they’re offline, of feeling they’re out of touch with the world.
G: I think using technology is good until it’s taken to an extreme, as when people become totally addicted.

S: What do you have to say about the quotes from the books you used in your book?
G: You mean quotes by others, not mine, right?

S: Yes, what is your favourite book about technology and the future?
G: I’ve read all the books about the future and the past, such as Alvin Toffler’s “Future Shock”, which is probably the most important book about the future. I bought “The Singularity is near. When Humans Transcend Biology” by Raymond Kurzweil, and I don’t agree with all his positions, but I do find him a very intelligent guy: he says technology will be our salvation, and I don’t agree with that, but I respect his opinion. Then there’s the new book by Stuart Russell, a professor of artificial intelligence at the University of California Berkeley, entitled “Human Compatible”, a really good book about artificial intelligence. But I’d better stop here, because I’ve really read thousands of books!

S: How do you keep your mind in top condition?
G: I try not to be too lazy, to learn to study new things and immerse myself in them, to try and understand them. Something usually goes wrong when you stop in one place, unless you are lucky, and you have to know how to react. Especially in my work, everything depends on the search for the next message, the next news. I’m working on a new team, called the new human renaissance, which is based on the assumption that we are more important than technology.

S: What are the three key teachings of the book?
G: Work for technology, but don’t become technology; technology is not what we are looking for, but how we look for it; and, lastly, become more human. Today we are still capable of controlling machines, but in ten years’ time this won’t be the case; computers will be so intelligent we can ask them any question, like we do with Wikipedia today. We must work to achieve a balance between technology and humanity, or we will find ourselves living in a world governed by machines. 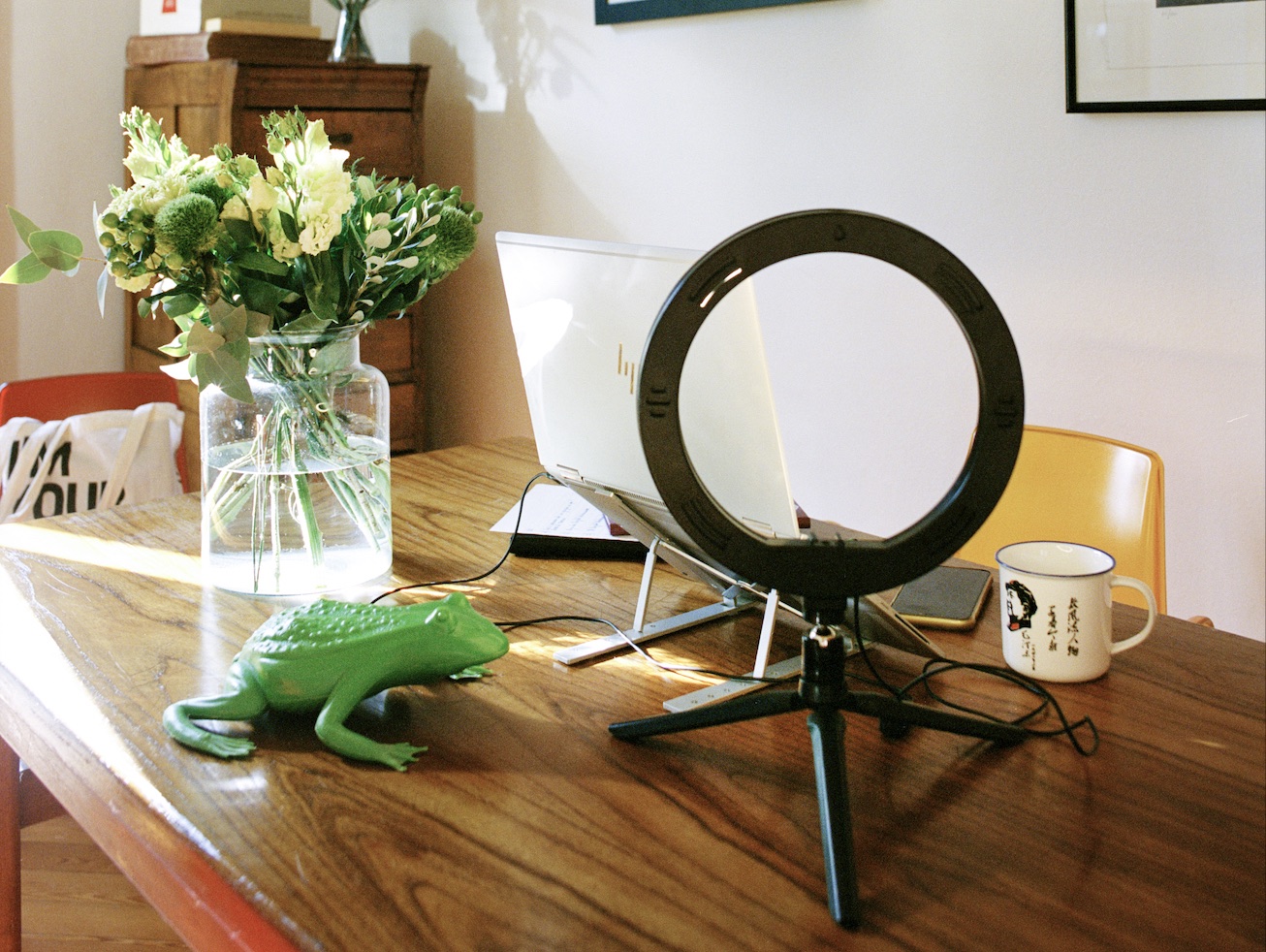 La seconda scrivania (back to the office) 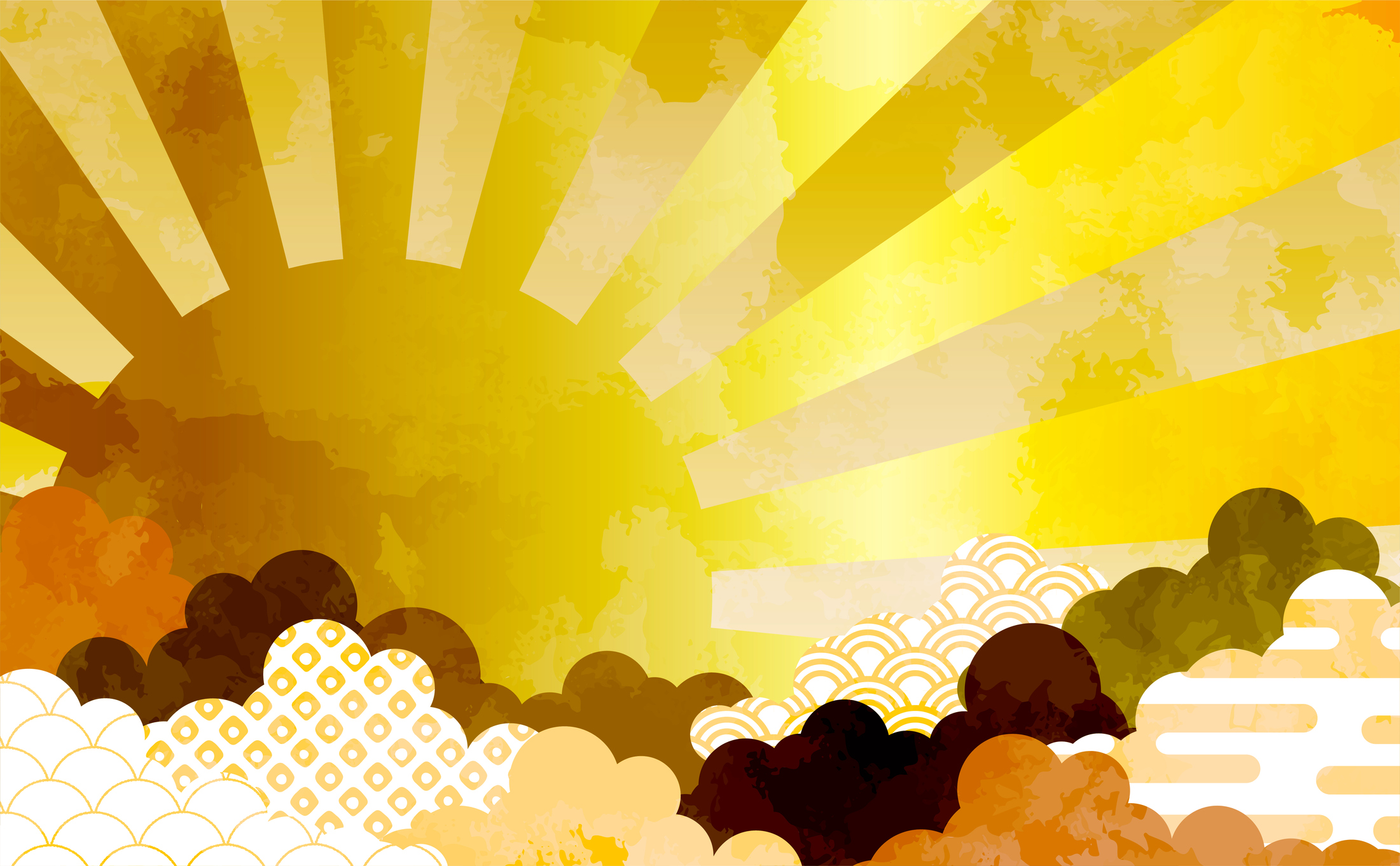 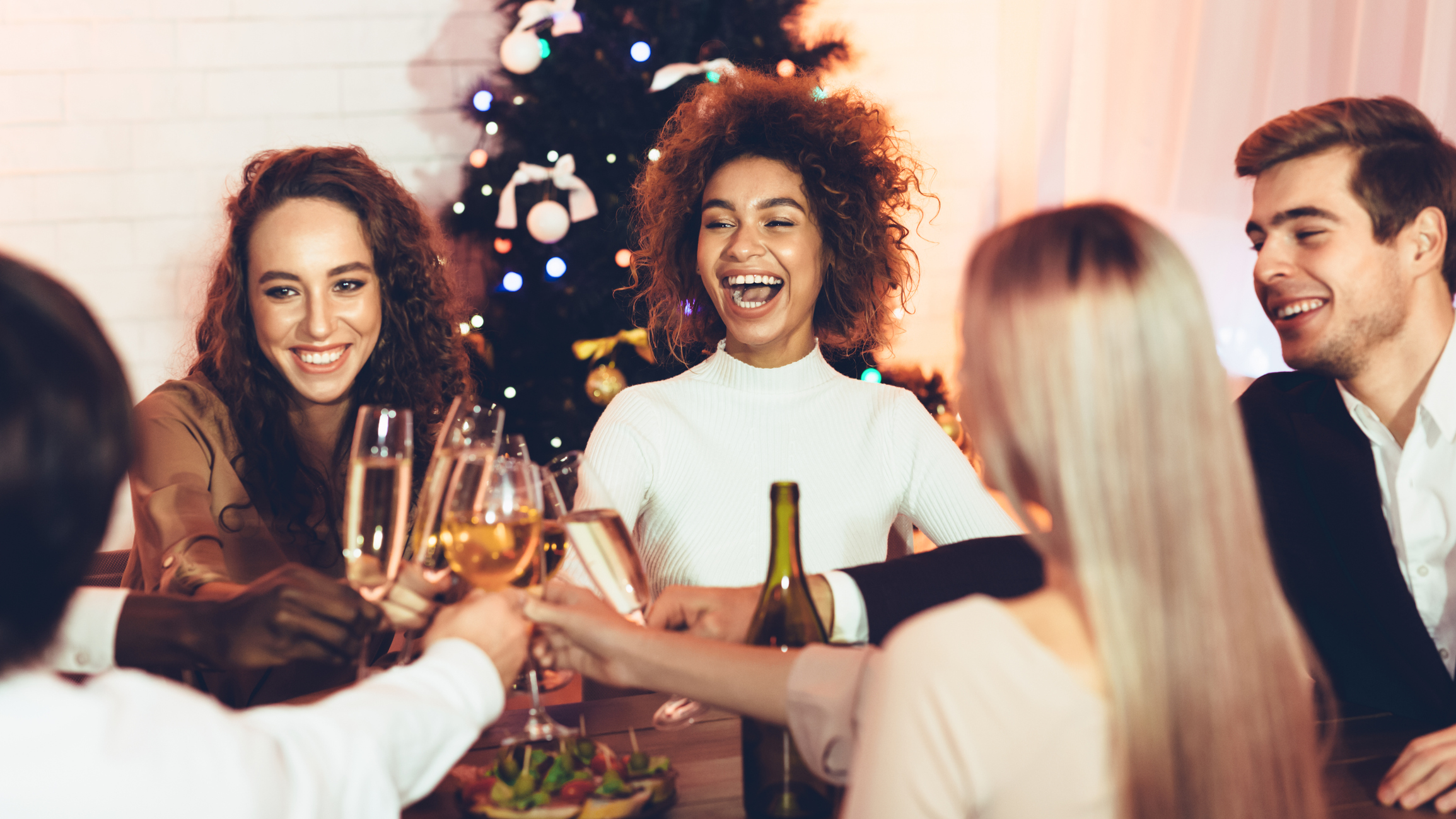 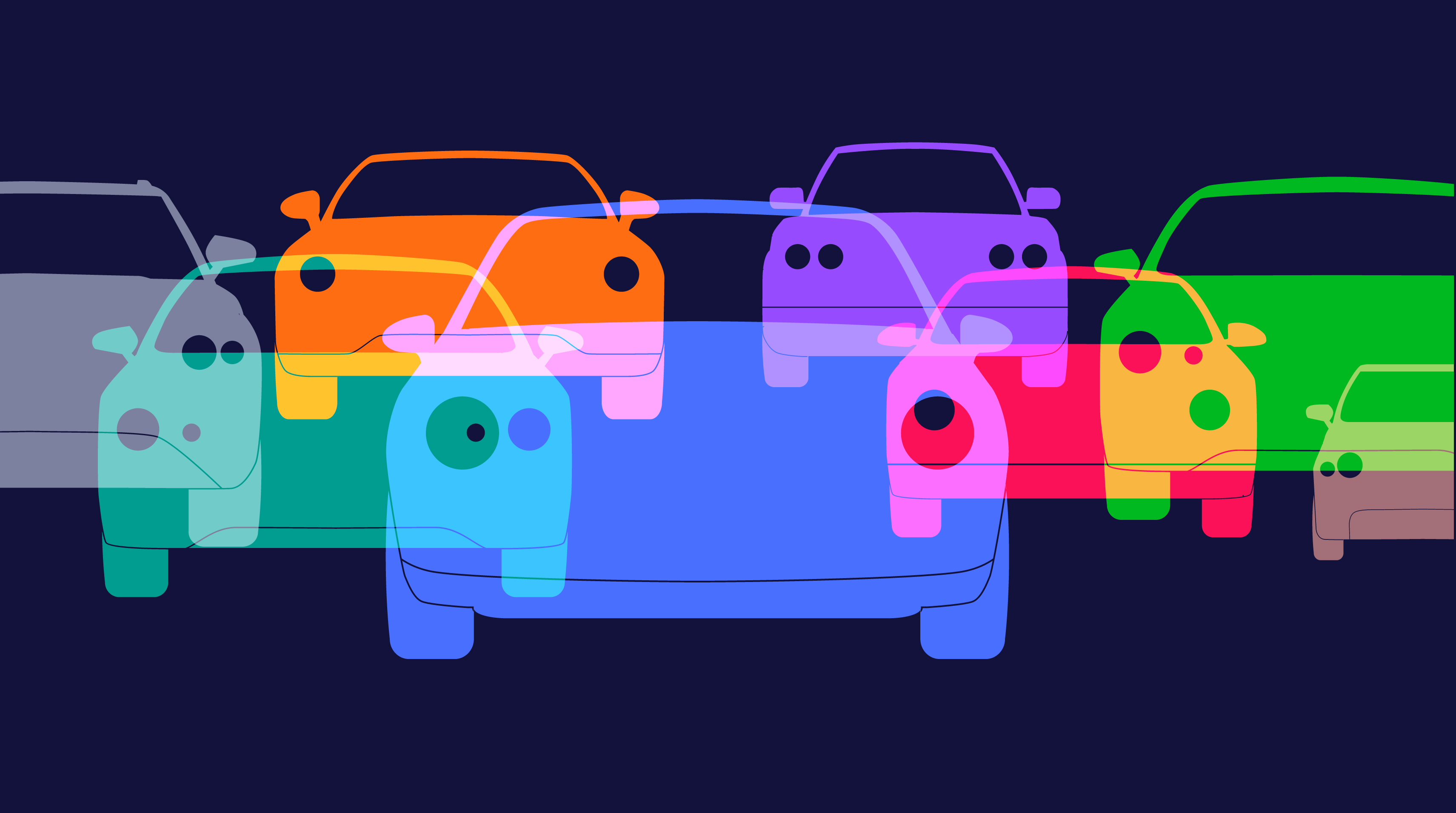